Creating a World-class Brand with WorkRails 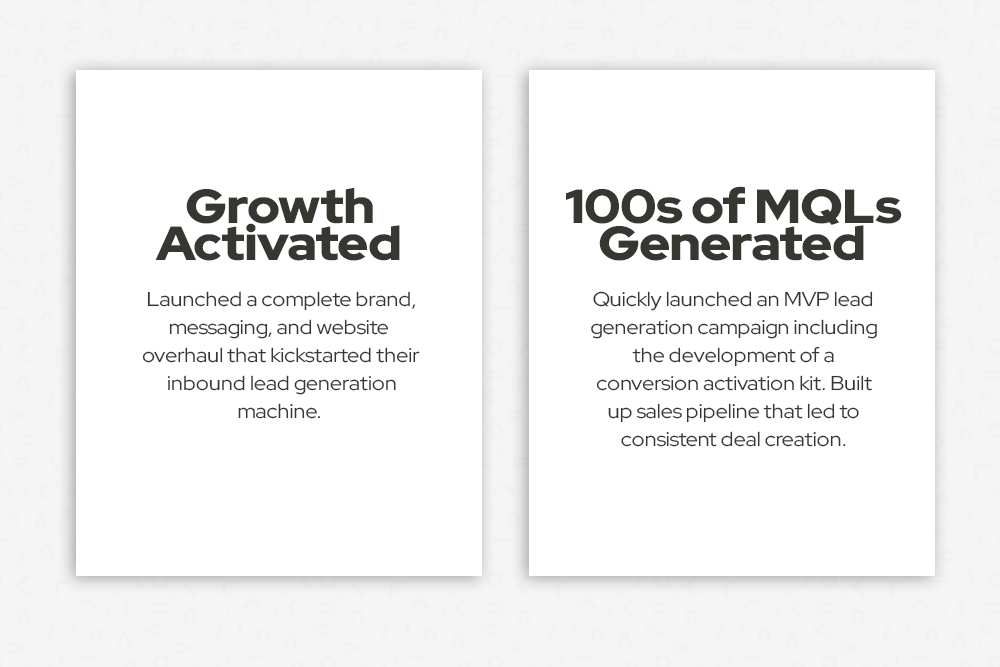 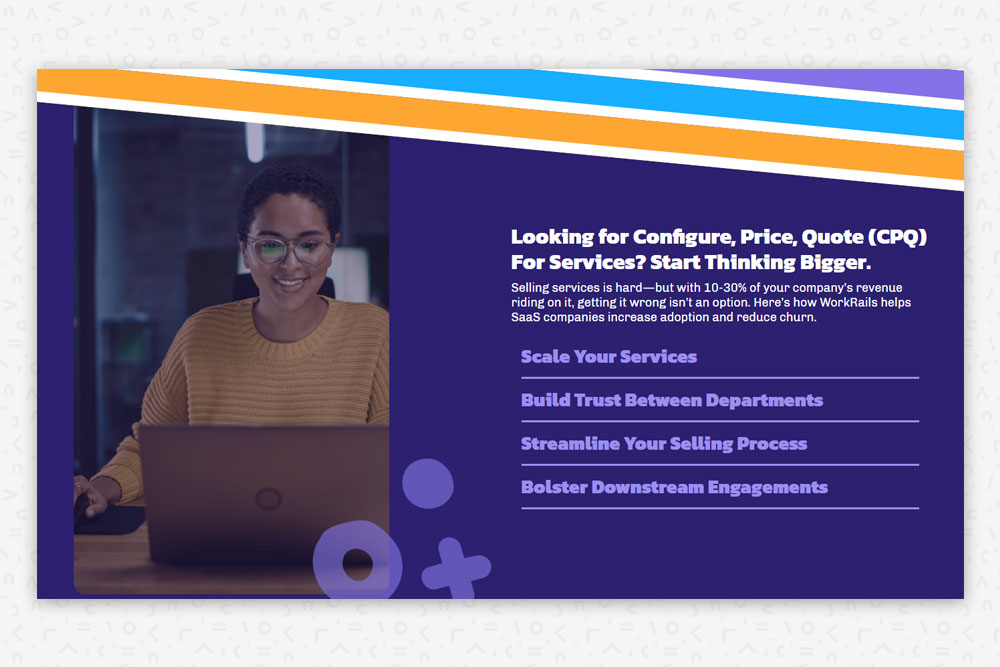 Like many early stage SaaS companies, WorkRails came to Ideometry with a freshman marketing profile. Their identity, while well in the process of solidifying, was in need of refinement. Everything from the illustration style of the simplest icons to the conservative, templated website demanded maturity, not only in visual presentation but also in core functionality.

WorkRails' website had the look of many startup tech companies—clean and functional, but also not compelling or reflective of the brand identity, and the overall flow didn't align with any strong core marketing strategy. Mostly, the website was lacking personality and needed graphic refinements to achieve the level of established professionalism WorkRails needed.

Lastly, WorkRails began their relationship with Ideometry with no paid search or active lead generation strategy. To succeed, they would need to lay the groundwork for a steady supply of leads. Simply put, WorkRails needed a team of marketing experts. That's where the Ideometry team came in. 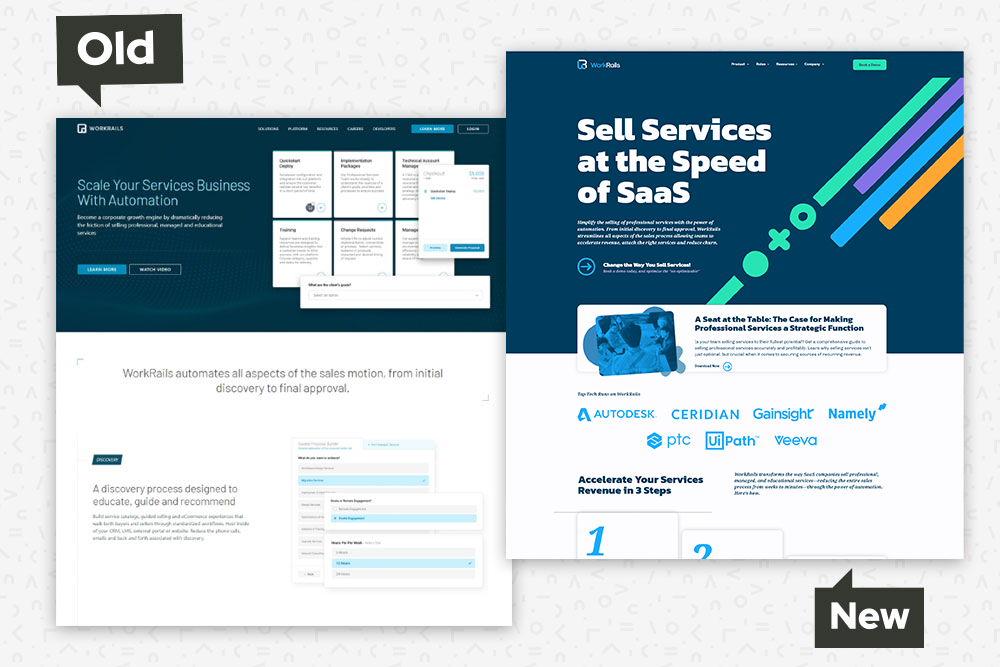 After developing WorkRails' messaging and positioning guidelines, Ideometry formulated a solid game plan. They took a similar approach to trimming a bonsai tree, where small improvements make a huge difference and recognizing what to leave alone is the key to getting stellar results. The Ideometry team listened to the specific concerns the WorkRails leaders voiced, which let them truly respect the identity WorkRails had already established.

This approach allowed Ideometry to break ground on a number of meaningful changes to WorkRails' branding and presentation. The fundamental issue was their visual identity, which followed a typical minimum viable product paradigm.

“While not a bad choice in itself, WorkRails’ look lacked a degree of gravitas. Even though they were essentially establishing a new market, it was important to come up with a look that would make WorkRails stand out from other tech companies.”

While the WorkRails website got a complete overhaul, Ideometry made small tweaks to the logo and iconography to modernize the peripheral aesthetics and set a more mature tone. Similarly, the color palette was based on WorkRails' established scheme but adding consonant elements, complimenting updated typography intended for clarity and a ratio system to keep spacing consistent. 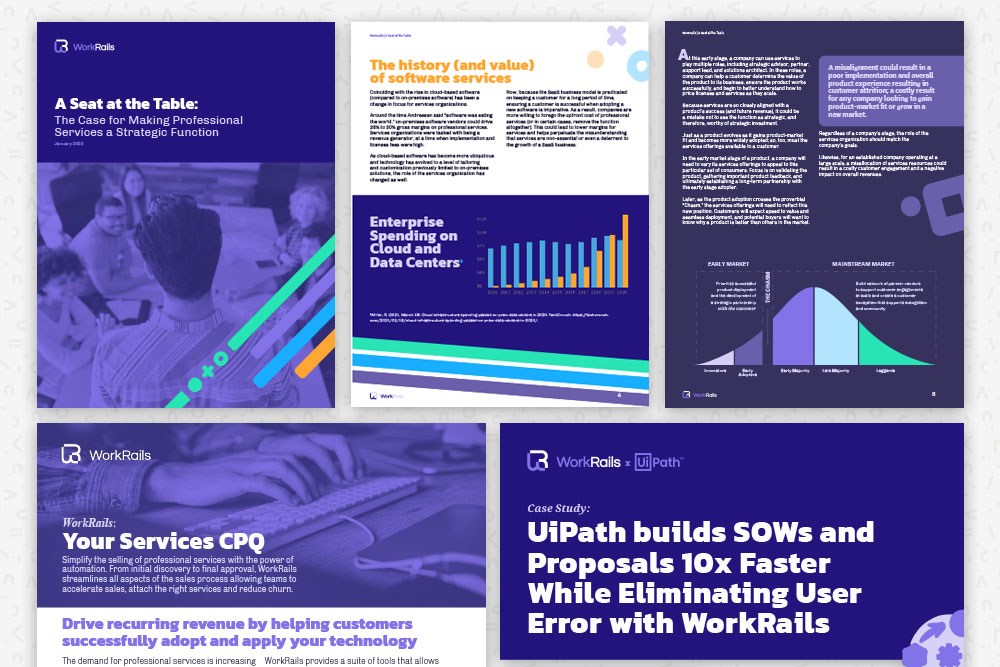 The most immediate results of Ideometry's work with WorkRails was their outward facing identity. The improved website immediately drew attention, both because of the visual improvements and because of the added ergonomics. Between the aesthetic overhaul and the improved functionality, the outcomes were already impressive. 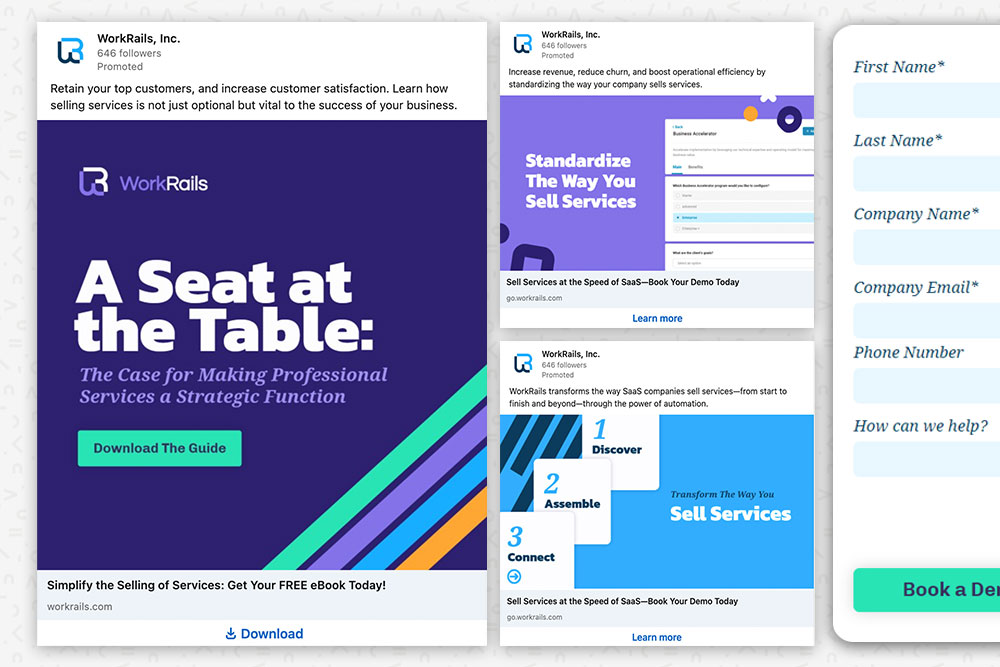 "One of the most important aspects we tried to emphasize on the WorkRails site was this concept of personas. It's how we directly address the different kinds of customers and influencers involved in the buying process, and it lets WorkRails really connect with their audience. It's a major part of what drives customers to reach out and sign up for demos."

As their relationship progressed, Ideometry gained an insider's perspective into WorkRail's industry. This heavily influenced the way the Ideometry staff approached creating case studies and white papers, quickly developing a portfolio of materials to substantiate the company. Other collateral Ideometry developed covered physical media, presentations, and other invaluable tools. 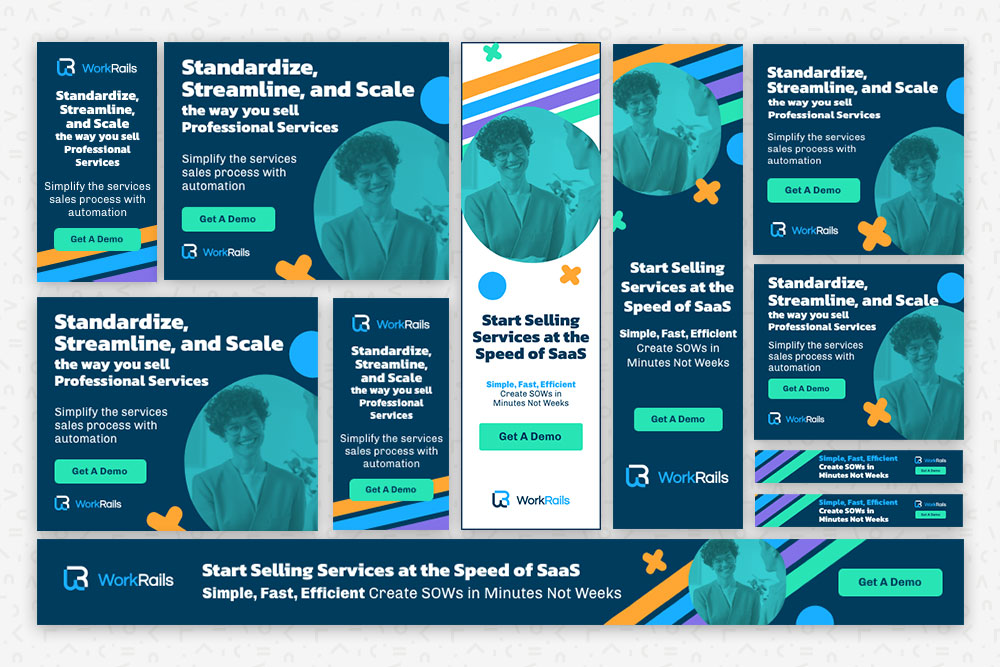 Ideometry quickly launched an MVP lead generation campaign (Google Ads and LinkedIn ads) which included the development of a conversion activation kit.  Within weeks, a steady stream of viable leads led to a significant uptick in deal flow and eventually meaningful sales generation.

If you don't want to fill out a contact form... (who does really?)